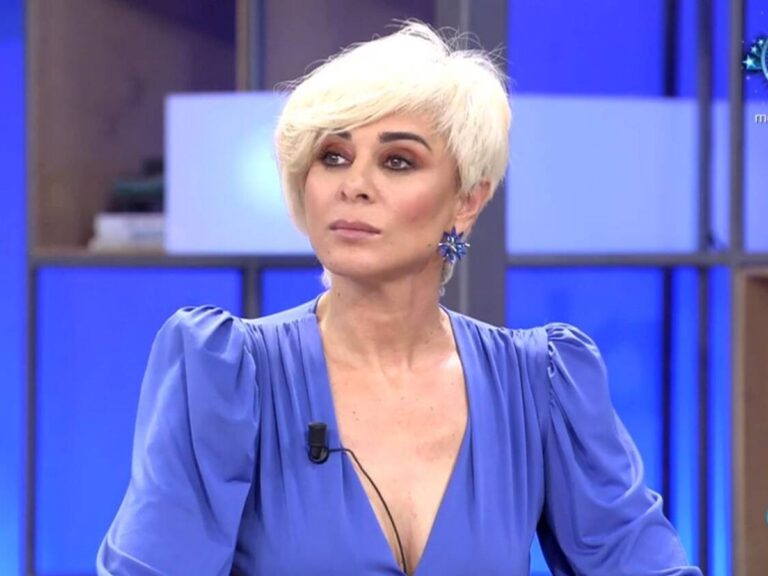 In recent weeks, information about the relationship between Ana María Aldón and José Ortega Cano has not stopped coming to light .

News that pointed to an imminent divorce between the Telecinco collaborator and the former bullfighter.

Nothing could be further from the truth.

It turns out that Ana María not only has no intention of separating from Rocío Jurado’s widower, but also that she intends to recover her normality as soon as possible.

Ana Maria Aldon would even have apologized to Ortega Cano for all the trouble she has caused and the trouble it has given her.

It has been said that Ana María intended to divorce Ortega Cano .

That she was “clarifying her ideas” and waiting for him to ask for her divorce to lose sight of him.

Especially since Aldón has disappeared for almost a month without showing any signs of life.

The media is filled with falsehoods about Ana María Aldón

However, what Ana María has been doing has been, effectively, “clarifying her ideas”, but together with a professional psychologist who has helped her get out of the depression in which she was plunged as a result of the information that has emerged about of alleged (and false) tensions that he had with Ortega Cano and with his daughter, Gloria Camila, and the media pressure to which he has been subjected.

In addition, it has also been said that Ana María was looking for a flat to settle in as soon as she broke up with José Ortega Cano , when in reality what she has been doing is looking for a flat for her daughter Gema Aldón , her boyfriend and his daughter.

She because she wants them to live in Madrid , but she considers it logical that they have her own home, since it is not a plan for them to go live at the address where she lives with the former bullfighter and her 9-year-old son. In addition, she is aware that the house in which she lives will be for the heirs of Ortega Cano , and she wants her daughter to have something tomorrow.

Ana María Aldón wants to return with Ortega Cano
It should be said that Ana Maria Aldon has also been partly to blame for the situation that has been generated, since she was the first who has not hesitated to go to television sets in exchange for money to talk about their relationship without denying any of the information, although this will provoke certain alterations in the widower of Rocío Jurado , as we have seen in some of the reactions he has had with the media when they have questioned him about the state of his relationship with Aldón .

That is why Ana María would have asked Ortega Cano for forgiveness , knowing that she is also partly responsible for everything that has been said.

She wants to go back to him and resume the relationship as it was a few months ago.