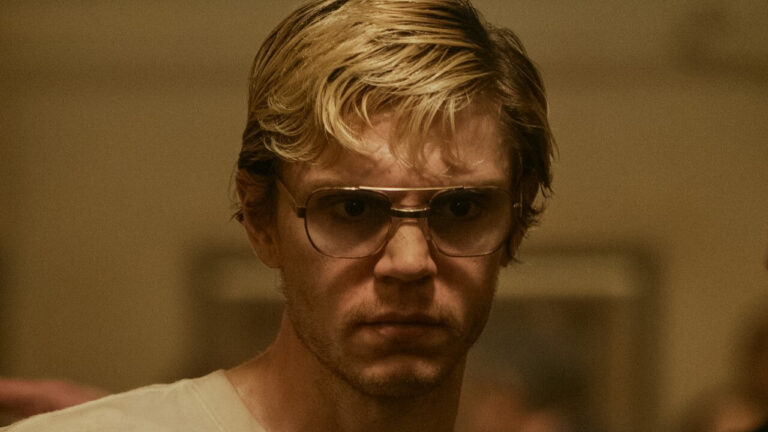 There are those on Halloween who would like to dress up as Jeffrey Dahmer, with square glasses and chemistry overalls. eBay, however, opposed DAHMER – Monster: The Story of Jeffrey Dahmer.

“Based on a true story,” reads the trailer for DAHMER – Monster: The Story of Jeffrey Dahmer, released on Netflix on September 21st.

Yet the boundaries between reality and imagination seem blurred: a cheerful jingle that makes you shiver, then the padlock of a door that closes, signs of torture. It looks like a horror movie, but it happened.

After the miniseries release, the serial killer is on everyone’s lips; he was turned into a meme, I’m in selling t-shirts with cringe phrases on his case there is who at Halloween would like to dress up as him, with square glasses and chemistry overalls. eBay, however, opposed it.

To what extent can a real story be treated as fiction? The Netflix series works, the skill of showrunners Ryan Murphy and Ian Brennan is to dig into the killer’s mind by reconstructing his life and difficult family past.

DAHMER reached second place among the most viewed English-language series on the streaming service, right after Stranger Things 4 and Evan Peters, the lead actor; it has become, for viewers, the alter ego of the true Jeffrey Dahmer.

There are even masks with his face to scare friends on October 31st. However, eBay has decided to stop, officially announcing the ban on selling Halloween costumes on the theme.

“An eBay spokesperson,” BuzzFeed said, “confirmed that the platform is actively removing these items and that they are considered” prohibited”.

At the moment, on the site, it is still possible to buy glasses similar to those worn by Dahmer and prison uniforms that resemble those of the miniseries.

The intention, however, is to eliminate these gadgets from the site: rather, users should opt for the green squid game suits.

That at least has nothing to do with news stories and people who were killed. The internal rules of eBay provide that articles that “promote or glorify violence or are associated with violent individuals, events that have made them famous or crime scenes of the last 100 years” are not allowed.