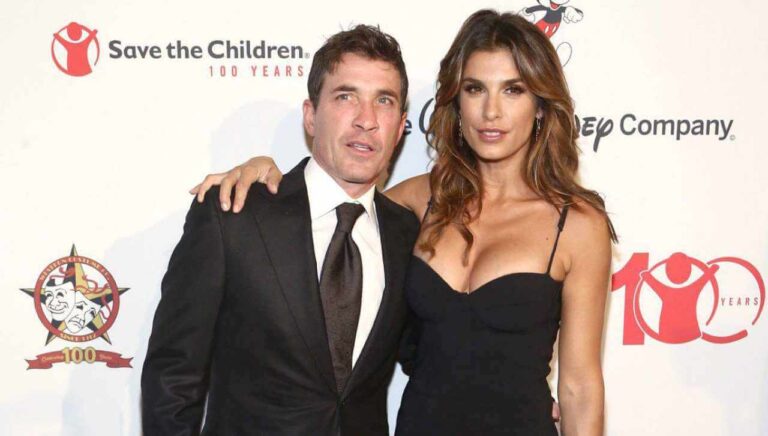 The relationship between the presenter Elisabetta Canalis and the surgeon Brian Perri, would be experiencing a challenging time after eight years of marriage.

Elisabetta Canalis and her partner Brian Perri would be in crisis, and their marriage could be one step away from collapse.

These are the gossip news coming from overseas and which were revealed by the weekly Nuovo which, first, spoke of the rather tense climate that one would breathe in the Canalis-Perri home between the 44-year-old presenter and the American surgeon, who married in 2014 in Alghero and became parents the following year with the birth of their daughter Skyler Eva.

It had been understood for some time that there could be problems between Canalis and Brian since the couple’s photos on their social profiles had disappeared for a while.

In Elisabetta Canalis ‘ Instagram feed, the last image of her and her partner dates back to August 27, the season in which rumors began to circulate about some misunderstandings within the couple.

This summer, Lei Canalis had flown to Italy, where she had stayed three months in the company of her daughter, dividing herself between work and holidays, but never being reached by her husband, who remained in California for work.

“There are those who say that her man is her best friend but that she feels a bit lonely,” wrote the magazine Oggi in August, adding: “There are those who say that American life is beginning to be close to her and that She misses Italy, “and again” Perri is a very busy man, “suggesting that after many years in the USA Elisabetta Canalis (who moved overseas at the time of her relationship with George Clooney, which lasted from 2009 to 2011) would have started to suffer of loneliness and feeling the lack of home.