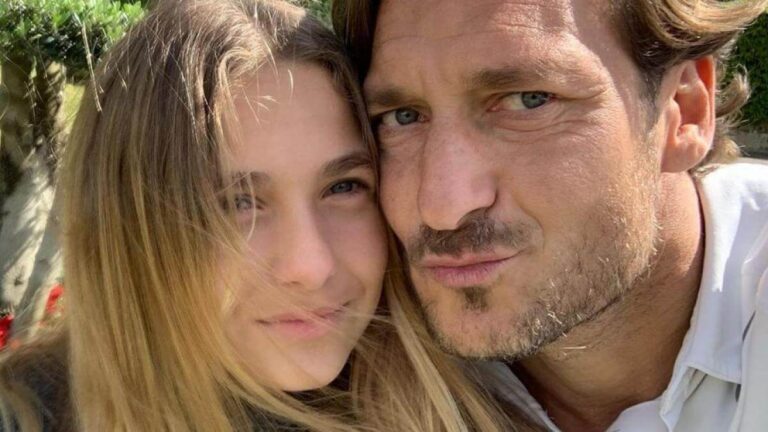 Chanel Totti turned 15 on May 13, but only today, Francesco Totti and Ilary Blasi’s daughter received her birthday present, a splendid personalized minicar.

Unveiling the excellent gift “discarded” by Chanel was the Roman dealer where Totti and Blasi bought the car, in whose Instagram feed a photo of Francesco and Clary’s daughter appeared next to her new Aixam Minicar, bowed adequately like any other self-respecting gift.

A gift received from the second child of Totti and Ilary that many have assumed to have been given to the girl to more easily reach her father, who, as we all know, decided to leave the Eur house where he lived more than a decade together.

Francesco Totti gifted his daughter at her birthday

The rest of his family to move to Vigna Clara, a district of northern Rome where Pupone has already purchased a splendid penthouse in a luxury residence that will see him go to live with Noemi Bocchi, the current partner of the 47-year-old former footballer.

While the alleged flirtations had by Ilary Blasi during these months have never been confirmed, Francesco Totti, in recent weeks, has come out into the open with Noemi, alongside whom he showed himself on social media, at his birthday party (where they were present also the three children Cristian, Chanel, and Isabel) as well as at the Monaco stadium, during a Ligue 1 match.

It is now a more than official couple formed by Totti and Bocchi. According to what was reported to Diva and woman by Alex Nuccitelli, one of the best friends of the former Roma captain, they already have plans to expand the family.

“A son with Noemi? It can certainly happen; why not? I wouldn’t be surprised. Francesco has always cared a lot about the family dimension. A child with Noemi could be absolutely in his thoughts,” Totti’s friend, currently struggling with a legal battle together with his ex-wife for the famous division of the” assets of the family,” which, among other things, also include the much-talked-about Rolexes (of him) and the very exclusive designer handbags (of hers).