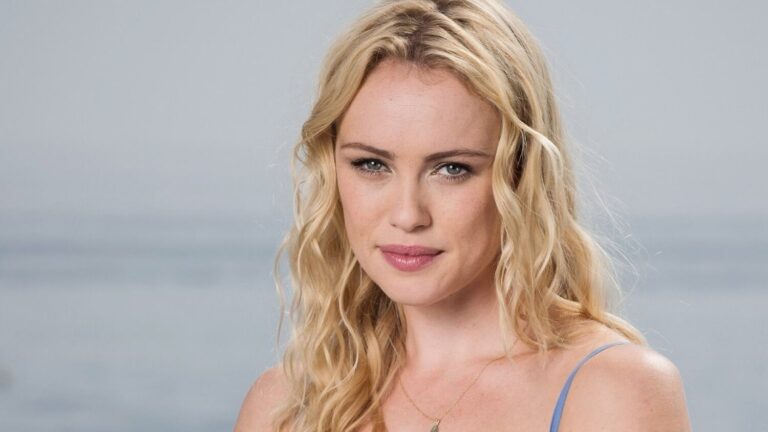 A new character, Hannah New, will give Lady Whistledown a hard time in the ‘Bridgerton 3’, whose release date is still shrouded in mystery.

A new character will appear in the third season of Bridgerton, where the birth of love between Penelope Featherington and Colin Bridgerton will be told.

Hannah New, an actress who starred in a few seasons of the Black Sails series, has joined the cast of Bridgerton 3, where she will appear as Lady Tilley Arnold, a fiery woman widowed at a young age who now enjoys the property privileges that a time belonged to her ex-husband, who decided to live a life free from constraints and constraints.

Hannah New is not only known for playing Eleanor Guthrie in Black Sails from 2014 to 2017 but also for starring in the movie Maleficent, alongside Angelina Jolie.

These are essential roles that have then brought Hannah New in the series taken from the books of Julia Quinn, whose new season will also see other new actors enter the scene, such as Daniel Francis, Sam Philips, James Phoon, and Hannah Dodd, who will replace Ruby Stokes in the role of Francesca Bridgerton, Eloise’s sister.

The third season of Bridgerton is currently in production. The first episode will be titled Out of the Shadows, or Out of the Shadows, as anticipated by the actress Nicola Coughlan who plays Penelope Featherington, the protagonist of this new season, alongside Colin Bridgerton (aka Luke Newton), whose love will steal the show from the one between Kate Sharma and Anthony Bridgerton, whose story kept us in suspense in Bridgerton 2.

Although nothing is certain now, the new episodes of Bridgerton 3 could be released on Netflix in the spring of 2023.