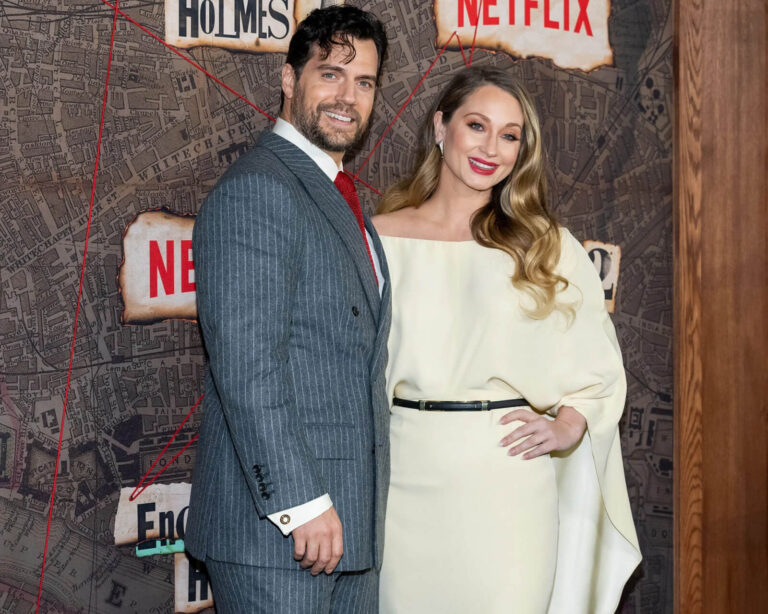 At the premiere of Enola Holmes 2 in New York, the British actor Henry Cavill brought his partner to formalize their relationship.

Lots of love on the red carpet at the ‘Enola Holmes 2‘ premiere in New York. If Millie Bobby Brown smiled at photographers hand in hand with her boyfriend Jake Bongiovi, even Henry Cavill, surprisingly, brought her better half to the red carpet.

The first time for a couple who have been dating for a year and a half but are very attentive to privacy, which has not gone unnoticed.

But who is Natalie Viscuso, the companion of the number one candidate to play the role of James Bond?

Natalie Viscuso had two very valid reasons to attend the premiere of Enola Holmes 2 at the Paris Theater of the Big Apple: the 32-year-old is vice president of the TV and digital section of Legendary Entertainment.

This company produces the film about the young investigator, which arrives on Netflix on November 4th. Equally essential news: Henry’s girlfriend, who plays Sherlock Holmes in the film, is the protagonist’s brother.

He, flawless in a grey pinstripe suit, she radiant with a cream Hellessy dress and a thin black belt to emphasize the waistline: the couple’s red carpet debut for Henry and Natalie was a success.

Both have been dating since 2021. In April 2021, the actor posted on his Instagram account the first photo in the company of his girlfriend during a homemade chess competition.

“This is me who seemed calm and hopeful just before my beautiful and brilliant love Natalie destroyed me at chess” the words of the actor of The Witcher have made the relationship official on social networks.

In addition to having broken several hearts, this news has led to a wave of hating by some fans, immediately demonized by Cavill, who let himself go to a long outburst in a post river of May 2021.

Henry flailed out at the negative statements about his Natalie Viscuso, asked followers to measure the words that hurt “the people I care about most” and be happy for him, and concluded.”