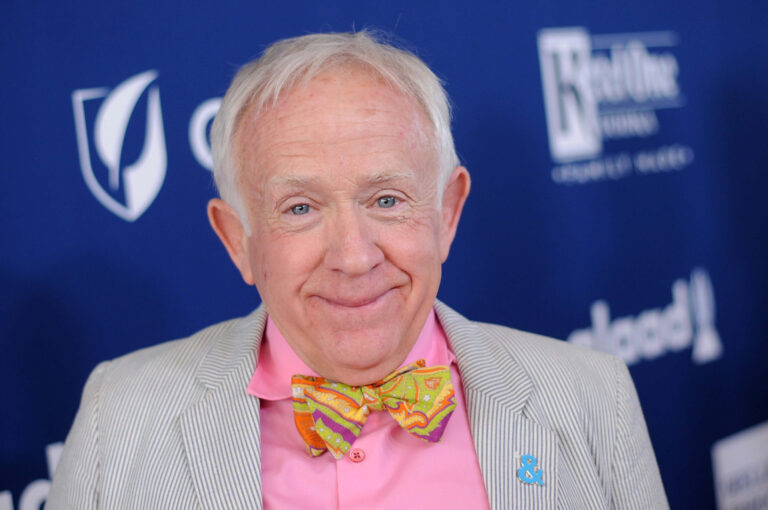 Leslie Jordan, the Emmy-winning LGBT iconic actor for Will and Grace, died in a car accident in Hollywood. He hit a building with his car in Los Angeles. As reported, he would have been seized by an illness.

US actor and comedian Leslie Jordan is dead. The 67-year-old Beverly Leslie Jordan, in the sitcom “Will & Grace” and “American Horror Story“, died in a car accident in Los Angeles on Monday morning in California, a real tragedy that shocked the entertainment world.

This was initially reported by the US celebrity portal “TMZ“, citing the police.

According to the report – the 67-year-old was involved in a bad car accident. His BMW crashed into the wall of a building in Los Angeles.

According to the first reconstructions, all to be confirmed, the Chattanooga artist would have been seized by an illness while he was behind the wheel.

Despite the prompt intervention of the rescuers, there was nothing for him to do: the doctors could not help but ascertain his death.

His spokesman confirmed the death of the actor known from TV series like “Will & Grace” and “American Horror Story” to the German Press Agency on Monday.

Although the investigations into the cause of his death are still being investigated, it is assumed that the actor may have suffered some health episode that led him to lose control of the steering wheel.

Leslie Jordan: “Such a light for many.”

Meanwhile, an emotional post was posted on Jordan’s Instagram account: “The love and light” Leslie Jordan shared will never be extinguished, and we invite you to share your memories and to each other during this time of comfort.

In the coming days, we will share a glimpse of a project that Leslie Jordan was proud of and excited to share with the world.”

Jordan boosted his popularity during the coronavirus pandemic by sharing hilarious videos on Instagram of what he did during the lockdown, including impersonating famous singers.

His Instagram followers grew from around 100,000 to 5.8 million during this time.

The attention opened up new possibilities for Jordan. He recently released the gospel album Company’s Comin’, which featured country greats Dolly Parton, Chris Stapleton, Tanya Tucker, and Pearl Jam frontman Eddie Vedder. Jordan also wrote a new book, How is Y’all Doing? , his second following his 2008 memoir, in which he shared his perspective on Hollywood, fame, addiction, coping with his homosexuality, and his journey toward self-love.

Actress Lynda Carter of the TV series “Wonder Woman” wrote that he brought many people together through laughter during the pandemic.

The farewell of the manager to Leslie Jordan

“The world is certainly a much darker place today without Leslie Jordan‘s love and light”, the words of his agent to The Post’s microphones.

The actor’s manager recalled his great acting qualities, but above all, his merits from a human point of view.

“What he lacked in height he made up for with the generosity and greatness of a son, brother, artist, comedian, partner, human being”, he added: “The only comfort we can have today is knowing that he left the earth at the height of his professional and personal life ”.

Jordan grew up in a conservative environment in Tennessee; his father was part of the US Army.

He came to Los Angeles in the 1980s; he was arrested many times for drug possession. In a drunk tank, he even once sat next to Robert Downey Jr., with whom he later stood in front of the camera in “Ally McBeal.”

He lived in Los Angeles and was shot “Call Me Kat” alongside “Big Bang Theory” star Mayim Bialik until his death.

During the last years, Jordan became a very familiar face for viewers who love sitcoms, mainly due to his role in the series Will & Grace, where he composed a charismatic character named Beverly Leslie.

The actor achieved significant popularity for that role and won an Emmy Award in the Guest Star category.

Colleagues’ mourn at the death of Leslie Jordan

Showbiz mourning the death of Leslie Jordan. The actor became famous on the small screen in the nineties for sitcom roles such as “Hearts Afire“, “Murphy Brown“, and especially “Will & Grace“.

The portrayal of Beverly Leslie, a wealthy homosexual and antagonist of Karen Walker, earned him an Emmy Award in 2006.

Sitcoms, but not only. Leslie Jordan has participated in all sorts of projects on both the big and small screen.

Just think of “American Horror Story“, which came back into vogue during the pandemic, so much to “guarantee” the interpreter almost 6 million followers, also thanks to some humorous stories about Hollywood in her distinctive southern accent.

And again: from “Ally McBeal” to “Boston Legal“, up to the most recent “The Cool Kids“.

Actor Sean Hayes, with whom Jordan shared numerous scenes in Will & Grace, wrote on his social networks: “Leslie Jordan was one of the funniest people I had the pleasure of working with. All who knew him adored him.

There will never be anyone like him. A unique talent, with a huge heart”. For his part, Erick McCormack, also the protagonist of the same sitcom, expressed his pain at that loss: “The funniest and most flirtatious southern gentleman I ever met.

The fun and laughter he brought to each episode of Will & Grace were palpable.”

Currently, he is part of the cast of the sitcom ‘Call Me Kat’, which is in its third season.

Faced with this tragic news, the production of that series paused its recordings and, through a statement, the studio said:

Regarding his participation in the well-known Ryan Murphy series, Jordan grabbed countless headlines when he admitted in an interview that he mistook singer Lady Gaga for a supporting actress while filming an episode.

In his career, he achieved fame, especially on the small screen, with leading roles in “American horror story” and “And the Help” and was currently in the cast of “Call me a cat,” now in its third season.

Among his best-known performances is that of Beverly Leslie, Karen’s friend-foe, with ambiguous sexuality, in “Will & Grace,” which earned him an Emmy in 2006 for best guest star.

One of the voices that spoke with the greatest regret regarding Jordan’s death was Sarah Kate Ellis, president of GLAAD.

He was a true example as he worked to share his experience and fame, to raise awareness and funds for our cause, and to gain acceptance for our LGBTQ community.”

“ Leslie Jordan becomes any such mild to such a lot of,” Pfeiffer wrote on Instagram. He generously gave the sector his love and humour, specifically for the duration of the Corona lockdown.

During the shooting of “American Horror Story,” they could have made each other snort.

Jordan has been regarded in numerous television productions, together with Hearts Afire and Boston legal.

He gained an Emmy in 2006 for his visitor position on the popular sitcom Will & Grace.

The comedian, who is just under 1.50 metres tall, posted humorous videos on Instagram during the corona pandemic, which brought him almost six million followers.

“Not only was he incredibly talented and a dream to work with. He has created an emotional retreat in the most challenging times. Leslie made up for what he lacked in height in generosity and greatness as a son, brother, artist, comedian, partner and person,” his agent Don LeClair wrote in a statement following the actor’s death.