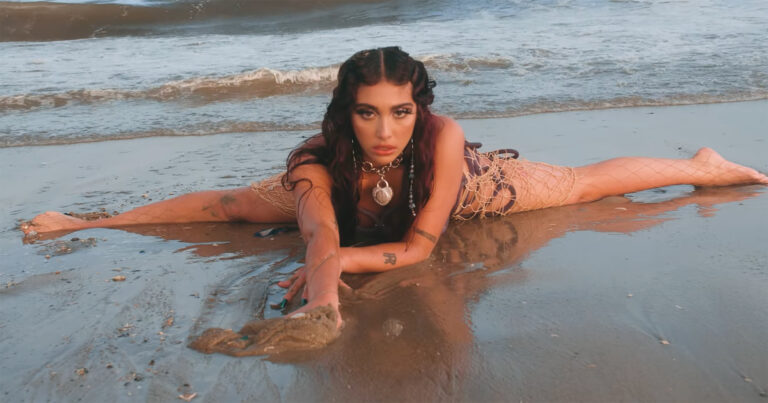 In the video clip Lourdes Ciccone is dancing and singing in a cemetery, on a beach, and in some neighborhoods in the New York suburbs.

Madonna‘s daughter Lourdes Leon made her debut as a singer by releasing the video clip for her debut single “Lock & Key” on Wednesday, 24 August, under the pseudonym Lolahol.

In addition to following in her mother’s footsteps, with her first clearly electronic-inspired song, 25-year-old Lourdes Leon also paid tribute to Lady Gaga within the song by citing an interview given by the artist of “Born this way” in 2011, where the pop star talked about her glittering and eventful life.

The video clip for “Lock & Key” (directed by Eartheater) shows Lourdes Ciccone dancing and singing in a cemetery, on a beach, and in some neighborhoods in the New York suburbs.

Although this for the daughter of Madonna and Carlos Leon is her debut as a singer, Lola had already taken part in the choirs of the MDNA song “Superstar,” released in 2012, and her official entry into the world of music had always seemed more than unlikely.

Given that Lourdes Leon Ciccone herself in the past had repeated on several occasions that she had no intention of entering into competition with her mother Madonna, an icon of pop music of the last 40 years.

“Honestly, the actors bother me, and I can’t be with them. As for the music, I can sing, but I don’t care. Perhaps it is too “close to home” as an experience, “Lourdes told Interview last year, perhaps intimidated by the inevitable comparison that many would have made with the beginnings (and musical career) of Madonna Luisa Veronica Ciccone, today more than proud that his eldest daughter has decided to follow footsteps by entering the world of music.