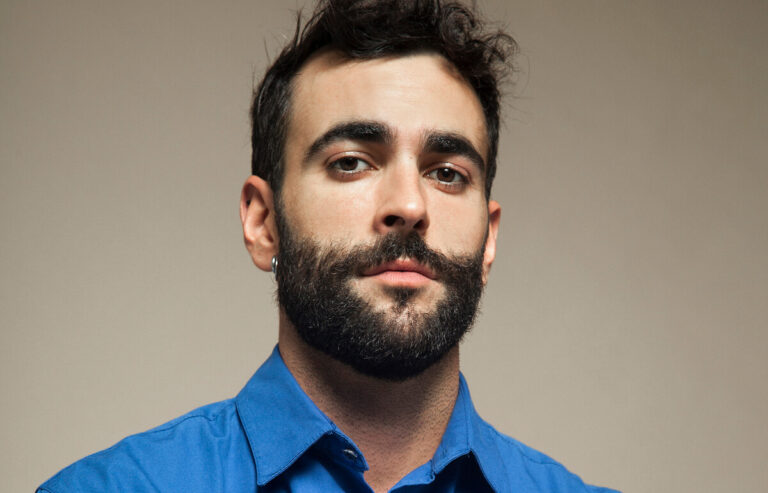 “It was difficult to accept that they saw me beautiful. It’s a family problem,” Marco Mengoni said.

“It’s all the fault of the dysmorphism, a family problem,” Marco Mengoni says during a long and intimate interview with the weekly 7.

That the aesthetic question becomes a condemnation for a person who makes the heart smile with his words seems complicated.

Yet, by learning not to give in to appearances and investigating deeply, it is possible to know the intimacy of those who know they cannot grasp their beauty.

It bears the name of dysmorphism, the pathology from which Marco Mengoni suffers.

A disorder that, over the years, has led him to have a restrained and somewhat angry attitude, as he says, about beauty and which has profound origins.

“Iolanda became a widow and was grandmother, mother, and manager of her family shop. She cared about appearances. She, her mother, and her aunt were beautiful, but in the intimacy, they suffered, seeing themselves as full of defects. They threw themselves down.”

Growing up in a context of expressed but not cultured beauty, Mengoni absorbed this sense of hidden inadequacy, making it his own.

And so, as he grew up, he always thought he was not a glamorous person. Also, thanks to adolescence marked by a vital weight: 106 kilos.

“I didn’t think I could have appeal. I had very long hair that covered my eyes, almost as if I did not want to identify my mood. Later I struggled to understand the boundary between objective and subjective beauty precisely because of the dysmorphism, which is a pathology”, Mengoni underlines.

So there was a path of analysis and therapy during which it was difficult to accept that someone else could see beauty in him.

And so, with Marco, a new chapter has opened to raise awareness of a little-known disorder.

Those suffering from it perceive defects that do not exist or are caught too impactful. And suppose beauty for him is a mere adjective to be attributed to the “seasoning of an already good dish” for the public.

In that case, it is an attribute compared to its genuineness and truth in always telling itself without veils.

And also in this, music has been an indispensable medicine, capable of relieving the pain felt during the difficult moments that one can experience during one’s existence.

“There have been experiences that I have lived with an important emotional transport; I have been poked by life and karma. You do not want to live certain experiences or live them at a more mature age … I have lost people, and I have spent months not looking at messages and photos anymore to have no memories. It assisted me in dedicating one day a week to myself and my emotions. I do this with a therapist.”