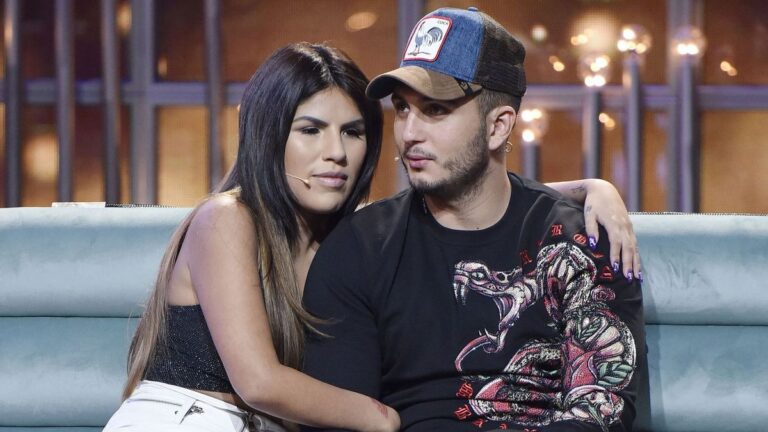 While some couples separate others give free rein to passion, Omar Montes is experiencing one of his best professional moments.

Isabel Pantoja harshly criticized him when he began a relationship with his daughter Chabelita, however, when they both coincided in ‘Survivors‘ they became great friends.

He is one of her biggest supporters.

Omar Montes, a friend of the tonadillera, is experiencing one of his best professional moments, but also his personal ones.

He succeeds in the world of music, including acting.

He now he is also a television face. And his heart is busy.

After the mess he caused in the center of Madrid, where he premiered his latest single, ‘Si tú te vas remix’ , the artist gathered hundreds of people at his last concert in Colmenar Viejo.

The one from Pan Bendito not only had the support of his audience, who applauded him upon his arrival, but also came accompanied by a group of friends, including his girlfriend, Lola Romero , known on social networks as ‘ La Kardashian gypsy‘.

Lola Romero is the most important support of Omar Montes

Since he broke off his relationship with Isa Pantoja in 2018, Omar Montes has been very cautious when talking about his private life.

He has become much more secretive.

However, in 2021 the Ten Minutes magazine published some photographs where he could be seen very much in love with another woman.

It did not take long to find out the identity of this person. An 18-year-old girl.

To this day they have not yet posed together, but the young woman’s support is constant.

Whenever she can, she attends all the artist’s concerts.

They are very much in love. The relationship is going from strength to strength.