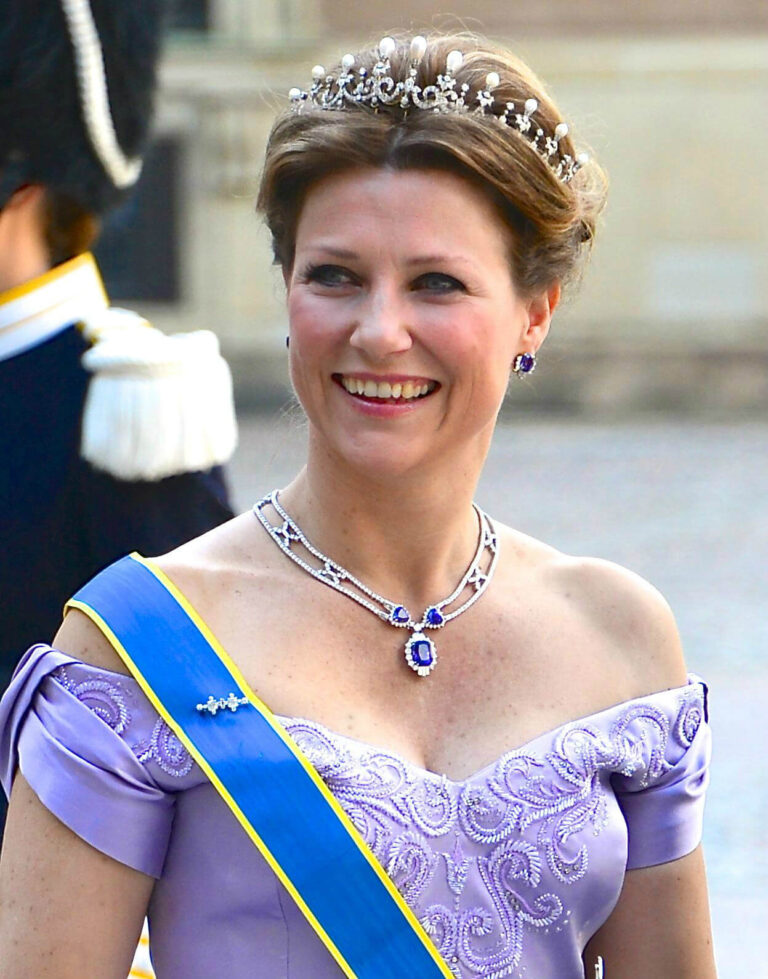 Princess Martha Louise’s brother Haakon confirmed during a conference in the city of Trondheim, the future king of Norway said that the debate on the title of Martha Louise was underway.

It all started with a survey launched by Norstat for Norwegian Broadcasting to investigate the feelings of the Norwegian people towards Princess Martha Louise, elder sister of the heir to the throne Haakon and eldest daughter of the current ruler Harald V.

She was never destined to the throne (at her birth only male children possessed this right, which she never regained despite the integration of the absolute birthright rule ).

Out of a sample of 1000 people involved in the survey, as many as 51% replied that the princess, who has long since moved away from court and has recently returned to prominence for her engagement with the star shaman Durek Verret, should stop representing the Norwegian royal family: a clear signal for the sovereign, according to the chroniclers, already struggling, like several other European colleagues, with a heavy revolution in monarchical structures and budgets.

In short, just like the children of Prince Joachim of Denmark – the most famous are Nikolai and Felix, who are models and, from 2023, will lose their royal titles at the behest of their grandmother, Queen Margrethe – also Princess Martha Louise, 51, could short of losing his position in the family house.

This was confirmed by his brother Haakon: during a conference in the city of Trondheim, the future king of Norway said that the debate on the title of Princess Martha Louise was underway.

“Talking about it is difficult, also because my sister has just introduced her boyfriend Durek to the family, and I would like him to feel welcome,” said the prince diplomatically.

“We are scrutinizing for a solution, taking into account both the feelings of those involved and the requirements of the association.”

In short, the theme is on the plate, and King Harald and his heir are ready to make complicated decisions.

Like the grandchildren of the Danish queen Margrethe, who have exploited their noble position for commercial purposes several times in the past, The Princess and the Shaman.

It was 2019: on that occasion and after the tide of controversy that had flooded her, the princess (who has three daughters, the influencer beauty Leah, Maud Angelica, and Emma, ​​all had by her first husband, the writer Ari Behn), he had said he would no longer use the stock to monetize.

It also does not help that Princess Martha Louise‘s boyfriend, with whom she will soon get married, has exposed herself in a very controversial way on topics such as health, coronavirus, and miraculous healings of which Durek professes to be a master: while the princess, for several years, she carries on an activity to learn to speak and understand the language of angels, her betrothed sells miraculous medals and lectures around the world on highly contested topics, which are however highly appreciated by Hollywood stars.

And so, just like the Norwegian people, King Harald is also wondering whether to cut the budget of the royal house by resizing the ranks of the family to the only descendants of Prince Haakon (headed by Princess Ingrid Alexandra, who after him will be queen) can be a solution to review expenses, cut deadwood and restore luster to the Crown, in Norway as well as in other European countries seriously undermined by the republican movement.