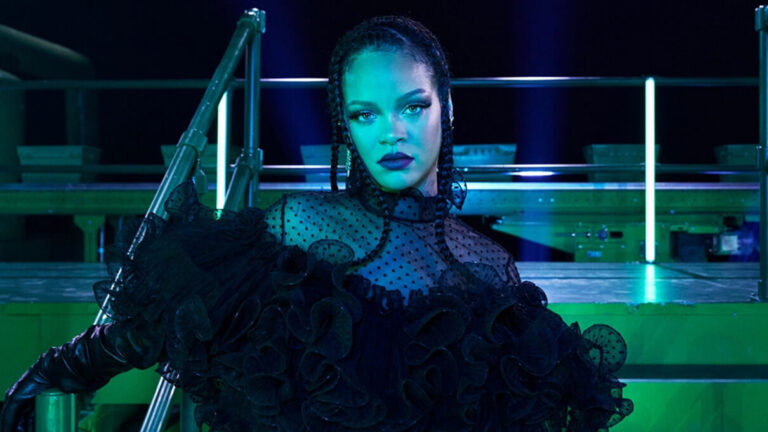 The long-awaited song of Rihanna is the main track of the soundtrack of the Marvel movie ‘Black Panther: Wakanda Forever’ which will be released on Friday, October 28.

Taylor Swift, with her Midnights, is breaking all possible records, but if there is a colleague who can give her a hard time, it’s Rihanna.

And overtaking on Spotify could be close, very close indeed. Because RiRi will launch a new song on Friday, October 28, the first after six years of silent recording, and the hype is skyrocketing.

The music in question is the main track of the soundtrack of the new awaited Marvel movie Black Panther: Wakanda Forever, the sequel to the 2018 Black Panther starring the late Chadwick Boseman.

The announcement posted on Twitter from the official profile of @theblackpanther sent fans of the singer who became a mother for the first time last May and catapulted her name into the first position in the world trend topics (yes, there is already talking about Grammys and Oscars for the 34-year-old).

In the teaser video, the animated logo of the film leaves room for a single “R” accompanied by a date: October 28, 2022.

Everyone immediately deciphered a cryptic message: Rihanna’s new song is close. She was confirming the involvement of @badgalriri in the soundtrack of the Marvel film to be released on November 11, the comment of the person concerned with two emoticons, the greeting from Wakanda and a heart.

A long-awaited return of the singer of “Diamonds” has been postponed several times in recent years, but this does not fully satisfy the appetite of fans who are clamoring for a new album, which would be the first since ANTI in 2016.

The announcement of his participation in the Super Bowl 2023 Halftime Show scheduled for February 12 at State Farm Stadium in Glendale, Arizona, was a giant spoiler for his desire to resume his musical career.

Not that Rihanna has been idle in these six years of stand-by: the artist has focused on expanding her millionaire empire with the Fenty brand, but now the time is ripe for a return to the scene that promises to be memorable.