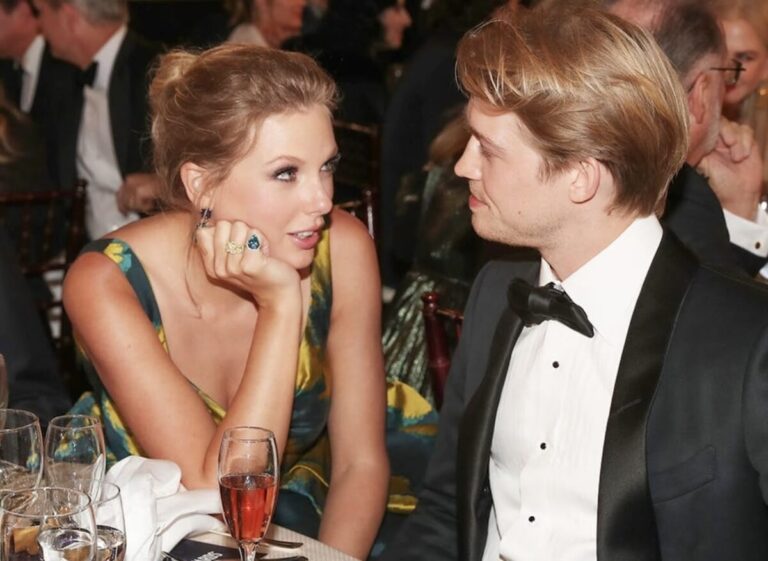 There are several songs in Taylor Swift’s ‘Midnights’ album written for the English actor, alongside the singer since 2016

Some put all of themselves into the songs, take refuge, use them as a cathartic path, and some as a psychotherapy session.

Here, Taylor Swift has always put her soul into every single verse of every single song (and her break-up songs are her emblem).

In Midnights, intimism reaches the nth degree so that her tenth studio work has been universally recognized with her most profound and personal album released so far.

The singer’s new and highly anticipated EP reflects on the staff “of the intensity of that mystical and crazy hour,” many of which are on love.

In Midnights, there is no lack of references to a love story: Taylor Swift has been living with her boyfriend, Joe Alwyn, for six years.

The first song is “Lavander Haze,” a song co-written with Zoe Kravitz (the actress is also co-author of “Karma”), the lavender mist that lulls Taylor Swift and Joe while they don’t care about social pressures and press that would like them husband and wife at all costs.

“We had to sidestep rumors. This song is the act of ignoring that stuff to shield the real “Taylor’s words on the inspo of the song related to an episode of the famous TV series Mad Men.

“I was watching an episode and I was struck by the phrase ‘lavender haze’, which sounded really good to me. And I found that it was a phrase used a lot in the 1950s to describe being in love. So, if you were in a ‘lavender mist’, it meant you were in the total splendor of love, and I thought it was really beautiful,” Taylor explained in a clip on Instagram.

“All they keep asking me is if I’ll be your bride,” Taylor Swift sings in “Lavander Haze,” referring to the rumors of her marriage to Joe, “the only kind of girl they see is a one-night stand or a wife.”

“In the ballad, Taylor lashes out at the press and stereotypes, “She’s damned if I don’t give a damn what people say, the ’50s bitches they want for me. I want to be in the lavender mist. ‘Clearer than that.

“Sweet Nothing” is a song written together with the English actor at his side in 2016 after a meeting at the Met Gala in NYC. “

They say the end is coming and everything wants to get something / I found myself running home from your sweet little words / out pushing and shoving / you hum in the kitchen and you never wanted anything from me but sweet words,” translated Joe he is the only one who has never wanted anything in return from Taylor.

It is not the first collaboration between the two boyfriends: during the pandemic, he helped her to write some songs for her album Folklore of her but also of Evermore, under the pseudonym of William Bowery.

There is also talk of love in “Snow on the Beach” with Lana Del Rey and in the last track of the album “Mastermind,” in which Taylor seems to admit that she took the first step with Joe and that no one could ever stop her (” So I told you none of this was accidental and that the first night you saw me, nothing would stop me / I laid the groundwork and then I saw a wide smirk on your face / And you knew it all the time”).