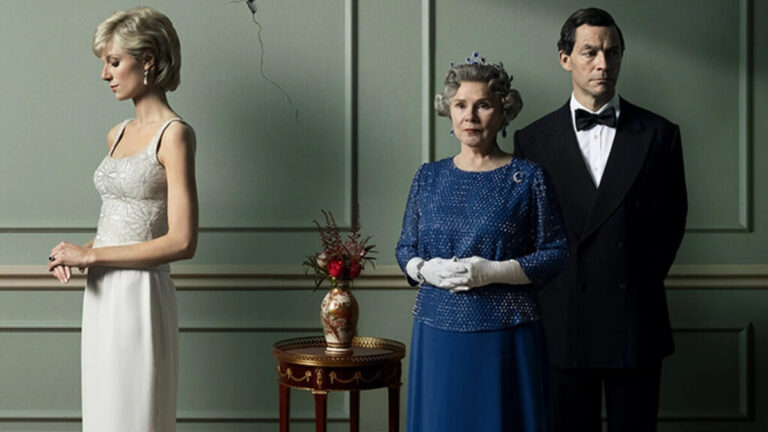 As the storm rages around Peter Morgan, Netflix has anticipated that, in ‘The Crown 5’ streaming from November 9, the moment of the crash that was fatal for the Princess of Wales will not be shown.

The Crown 5, arriving on Netflix on November 9, is becoming the most controversial ever. And the pivot around which the controversy revolves is once again her: Diana Spencer.

More than ever, this chapter will focus on his torments, his relationship with the press, his broken bond with Prince Charles, his love for his sons William and Harry, and, of course, on that tragic August night.

1997 which was fatal to her. Precisely around the narration of that evening, which ended the life of the Princess of Wales when he was just 36, criticism is being focused on the work of Peter Morgan, accused of stirring without restraint in the pains of a family – yes really, but still a family – retracing those surprising facts for pure marketing purposes.

Netflix responds to controversy over ‘The Crown 5’

To stem this stream of comments, a Netflix spokesperson told The Sun that the production chose “not to show Diana’s death and the exact timing of the crash.”

To play the Princess of Wales in the last years of her life, this The Crown 5 actress Elizabeth Debicki; next to her, she will have Dominic West in the role of Prince Charles and Imelda Staunton in those of Queen Elizabeth.

The choice not to show the incident, but only the previous and immediately following events (already told very well by the film The Queen with the Oscar winner Helen Mirren), was undoubtedly driven by mixed feelings.

The source who spoke to the Sun said that the scenes of Diana’s death were filmed, but on the set, “there was an air of tense, tension and anxiety; it was like the feeling that you were overcoming a limit.”

We know that the royal family, especially Prince William, is strongly displeased by the work of the screenwriters of The Crown, in particular concerning the portrait made of her mother, which, already in the fourth season, thanks to the good Emma Corrin, had been portrayed as a fragile, highly manipulable lady and a victim of wrong marriage.

Deadline also reported that Netflix would recount the moments immediately preceding – Diana and her boyfriend at the time, Dodi Al-Fayed, walking out of the Ritz in Paris through the back door to escape the paparazzi – and those following the deaths of three of the four.

Passengers in the car the princess was traveling, with Prince Charles leaving Balmoral, reach the hospital and meet Mohamed Al-Fayed, Dodi’s father.

He has always been convinced that his son and girlfriend have died due to a conspiracy.

Meanwhile, Netflix has released new promotional posters for the season, with the three absolute protagonists (Charles, Diana, Elizabeth II) dominating the others.